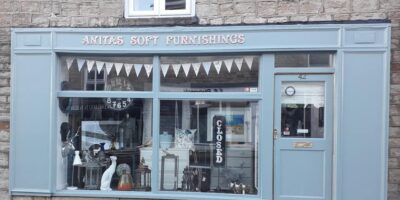 Business is going from strength to strength for local Warner Street gallery & soft furnishings business Gallery42/Anita’s Soft Furnishings with customers travelling from all over the country to collect their latest purchases in person. 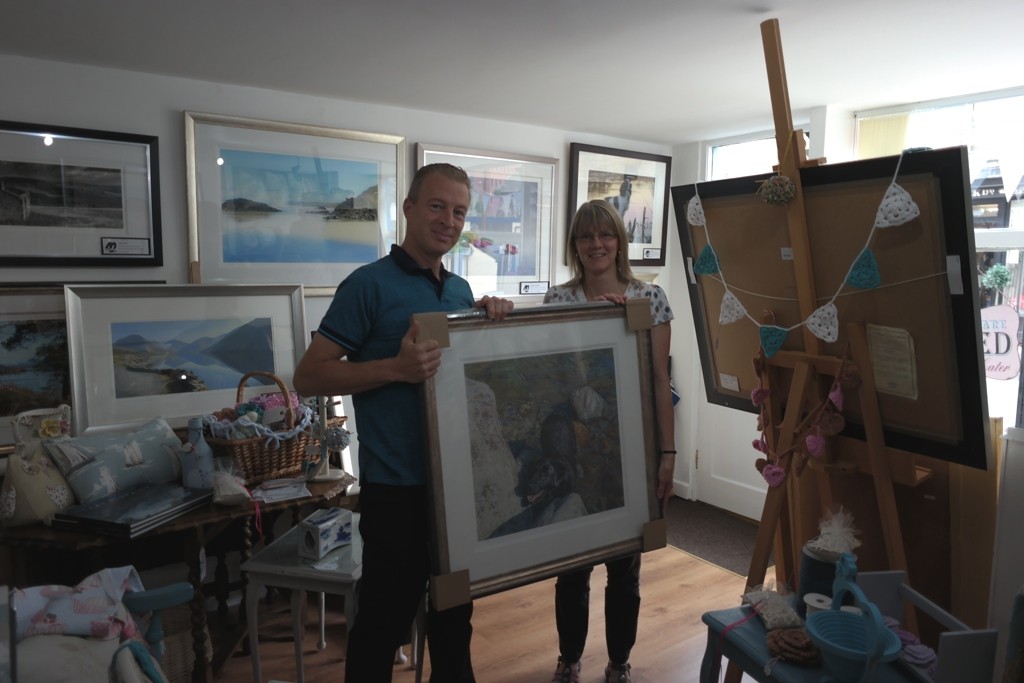 This week Janet Hargreaves from Bewdley in Worcestershire made her second trip this year to the Accrington gallery to collect the very latest Steven Townsend print “Ronnie”. Janet made the 270 mile round trip in person to collect the print which she bought as a 50th birthday gift for her sister.  Janet’s previous purchase was a rare copy and artist’s proof of “watching & waiting” two beautiful black Labradors; the print now takes pride of place above her fireplace in her Worcestershire home. For Janet the long trips to Warner Street Accrington have been well worth taking as its added another very collectable Steven Townsend print to her growing collection along with the second purchase making a wonderful gift for her sister.

Husband and wife team Chris and Anita Whalen launched the business at the start of the year and have seen the business blossom and develop over the last few months. Chris said: We have had a very positive reaction from everyone visiting the shop, both shoppers from far afield as well as local shoppers re-visiting Warner Street for the first time in months are surprised by the wide variety of independent shops on Warner Street, there’s something for everyone on Warner Street that you simply can’t find on the majority of generic high streets. 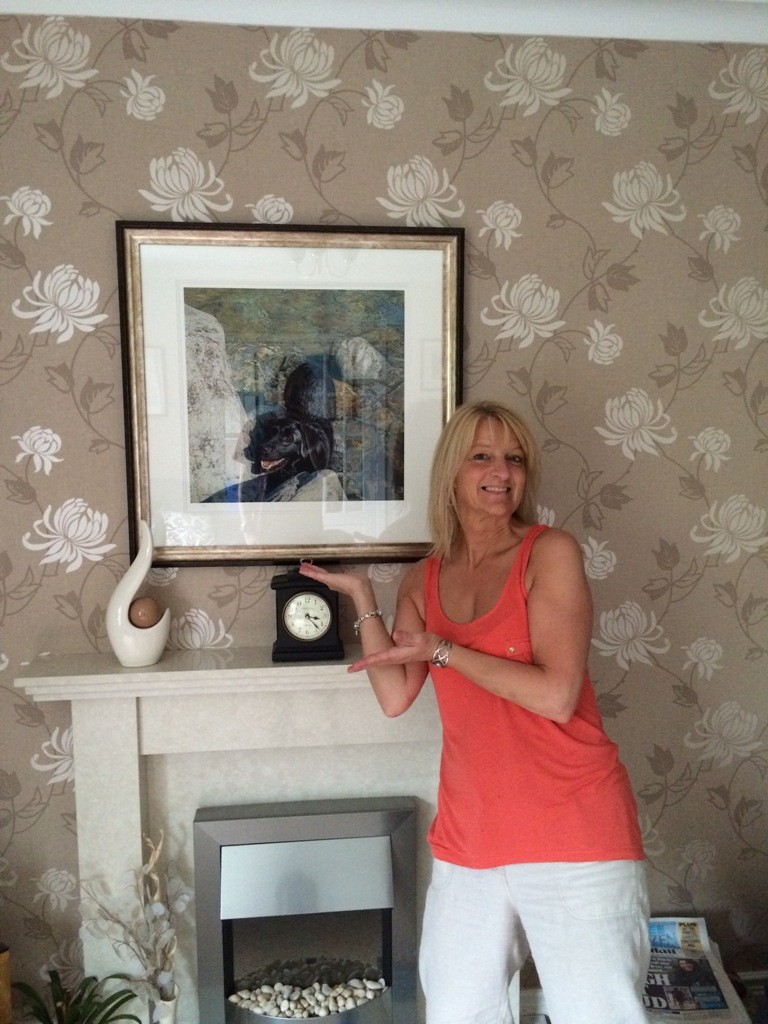 Gill , Janet’s sister with her copy of “Ronnie”

The business owners are also very positive about the future for independent shop owners, they believe shoppers don’t just want to make purchases online, shoppers are now also looking for a friendlier face to face experience were they can  actually see and touch what they are buying. Having an online business that also has a physical shop for customers to visit really is an advantage. Chris believes that by getting the basics right and offering for sale a good selection of both locally sourced and crafted products along with unique items will keep both local and national customers coming through the doors.  Local business people will save our high streets not the share holder driven faceless chain stores, with a bit of belief and remaining positive plus well thought out council support will ensure that Warner Street is well placed to compete with the likes of Ramsbottom & Clitheroe along with the high street multiples.